“Government is often littered with good ideas that may be will past their expiration date.”
– Rep. Zach Nunn http://buff.ly/2jvCJ6J

Iowa’s collective bargaining laws allow state government employee unions to negotiate on contract topics such as employee wages, promotions based on seniority, cost of health insurance, amount of vacation time, and how workers are evaluated and terminated.

Iowa teachers will NOT be hurt by collective bargaining reform. 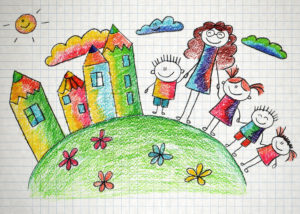 Teachers have a complex set of skills. They should be rewarded for achievement. Compensation plans would be designed to reward staff involvement and planning. It will be easier to reward good employees. Teachers will have more rights and more say in their compensation with collective bargaining reform.

In 2011, Wisconsin limited collective bargaining to teacher’s base wages and allowed school districts to reward teachers based on more than years employed and education level. The impact in some schools is significant. For instance, The Weekly Standard found one school district increased starting teacher salaries 20% and receives “a couple hundred applications for every opening.” Studies also indicate student’s academic achievement have improved when the best teachers are rewarded. 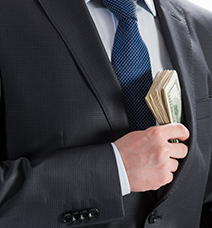 When an Iowa state employee who is a union member receives their paycheck, the state payroll system, paid for by taxpayers, collects dues and political action dollars for government employee unions. These dollars are then used to influence political campaigns and buy favor with politicians.

In the 12 months prior to the 2016 election, Iowa’s largest public employee union, AFSCME, contributed over $620,000 to Democrat candidates and groups. The state should not be forced to use taxpayer funded resources to subsidize partisan political activity.

Let’s be fair! Iowa government employees earn far more and have better benefits than employees working in the private sector.

According to the U.S. Department of Labor, the average Iowa state employee receives a $65,000 annual salary compared to $43,000 received by a private sector employee.

Additionally many state employees only contributed $20 per month for their health insurance premium!

2015 national average for all
government and private sector employees:

Many state of Iowa government employees:

“If there’s an income tax reform plan, I will be the first one at the table giving up incentives.”
– Debi Durham, Iowa Economic Development Director, speaking at Economic Growth Committee meeting.

Attend and Get Active!

Pro-taxpayer legislators have told us they would appreciate your attendance at these forums to provide some balance.
These are not ITR sponsored forums.

Tax credits have “a constituency that says, ‘Oh, the sky is falling if we get rid of this’.”
– Rep. Guy Vander Linden http://buff.ly/2kjxATO

Iowa legislative Republicans propose $40 million increase for public schools. Would be a $74 per student increase. http://bit.ly/2kLlPCY

We have to say one more time. This was caused by a spending problem.
De-appropriations bill heads to the governor.
http://bit.ly/2kmKTmC

Most of Iowa’s state-sponsored defined benefit plans assume a long-term annual rate of return of 7.5%.
http://dmreg.co/2knkIvW