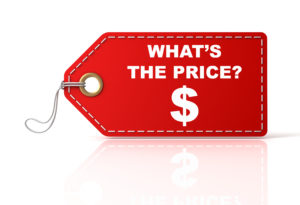 Increasing Revenue Will Lead to Unlimited Ideas for Spending

The first quarter of Iowa’s fiscal year just came to a close, and the outlook for the rest of the year is promising.

Iowa’s Revenue Estimating Conference (REC), which develops the revenue forecasts the Governor and Legislature must use for budgeting purposes, projects that state revenue will grow 4.9% during the current fiscal year that ends on June 30, 2019. That growth is a result of federal tax cuts and Iowa’s strong economy.  After all, tax collections can’t grow if employment, investment, and spending by the private sector aren’t increasing as well.

For the taxpayer, it is helpful that Governor Kim Reynolds signed the income tax reform bill passed by the legislature earlier this spring.  Aside from beginning to cut personal and corporate tax rates next year, the new legislation will prevent our state budget from swallowing up tax savings generated by the federal Tax Cuts and Jobs Act.

Speaking of next year, Iowa cannot grow complacent, thinking we will become flush with cash.  In fact, during the same meeting where the REC projected 4.9% growth for the current fiscal year, they also predicted growth of less than 2% the following year.

With election day looming in November, as well as a slew of legislative retirements, it is uncertain who will be representing Iowans in Des Moines.  What is certain though, is that regardless of how much our revenue grows there will be almost unlimited ideas for new and increased spending.

Many promises are being made on the campaign trail across our state and none of those promises come without a price tag attached.  That’s why it is critical to send legislators to the Capitol who will keep the taxpayer in mind before committing to new government spending.  Election Day is just 19 days away. Do your homework and vote for candidates who will stand up to the noisy special interest groups wanting to spend more and more taxpayer dollars.