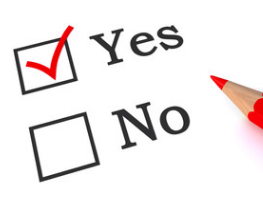 Recently we asked for your opinion about property taxes. Over half of those who took the survey said they had a significant increase in their most recent property tax bill and believe the Iowa legislature should make property tax reform a priority.

Many Iowans left comments at the end of the survey. Here are a few:

“It’s silly to try to reduce property taxes by any means other than limiting what cities and counties and schools and county hospitals spend.  There is way too much duplication of services between the layers of government, and until that is reduced, all taxes will be too high.”

“Property taxes are complicated. I’ve been paying them for years and I still have a hard time keeping a handle on all of the different variables that make up the overall expense. It is frustrating that the overall tax burden Iowans pay is not a bigger issue. The size of government always grows and seldom retracts.”

“It really is a shame that property taxes can eventually take away someone’s property if they are unable to pay. Property owners are pretty much renting the land they own.”

Didn’t take the survey? It’s not too late!
Click here to take it right now. 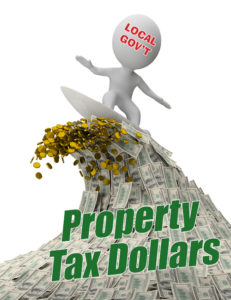 Just because the value of a property may be worth more, it doesn’t mean the owner actually has more money to pay for it. Too many local governments have ridden a big wave of increased assessments and claim they didn’t raise taxes because tax rate did not go up.

Instead of just rates, local governments need to look at the total revenue they collect. A reasonable growth limit on taxes collected tied to a benchmark like inflation and population growth or the Social Security cost of living adjustment would provide for funding the priorities of government. If elected local government officials want to push past the revenue growth limit, they need to explain to their citizens why they are going to collect extra dollars and cast a vote to collect more tax dollars than the limit would allow.

Tuesday morning, ITR President Chris Ingstad was on WHO Radio’s Need to Know with Jeff Angelo. Jeff and Chris discussed property taxes and what can be done to slow down rapidly increasing tax bills. Jeff said, “When I was looking at your chart yesterday that your organization put out, you said the property taxes have doubled over the past 18 years, and that was put in the chart as they have gone up 100%. I thought, what other area of taxation would taxes go up 100% and the voters wouldn’t be grabbing the torches and pitchforks?”

Chris responded, “Some tell us they never really own their house, they are only paying rent. In terms of property taxes, retirees will tell us they can’t keep up. But, it is not only retirees or people on a fixed income, middle-class America doesn’t just run into new money every year. When taxes go up, that money has to come from somewhere in a household budget.”
Facebook0Tweet0