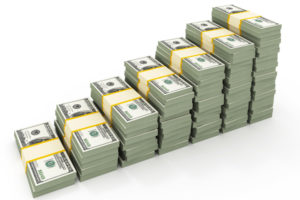 For the third time in seven months, Iowa is looking its spending problem right in the eye despite the fact total gross tax receipts have increased $135.4 million for Fiscal Year 2017.  Even after collecting considerably more of your tax dollars than the previous year, the State’s budget saw $350 million worth of adjustments as the last half of the fiscal year wound to a close.

The 2017 legislative session had to deal with a spending problem created by the 2016 legislative session. During that session, the Iowa Senate was controlled by Democrats and the Iowa House by Republicans. The budget they passed for FY2017 and Governor Branstad signed, was a product of compromise that spent right up to the maximum allowed based on the Iowa Revenue Estimating Conference’s (REC) overly-optimistic revenue estimate.  When a revised revenue estimate was released in December 2016, legislators were forced to make $118 million in cuts to state expenses. After another lower estimate this March, Iowa transferred $131 million from the state emergency reserve funds. And when FY2017 ended on June 30, spending was still $104 million more than received revenue. This most recent shortfall must be covered by borrowing from the emergency reserve funds once more.

The chart below shows how much, in dollars, state tax receipts grew or declined in each year.

Of the $135.4 million increase in tax receipts, a large portion of the increase came directly from personal income taxes paid by Iowans. According to a report from the Legislative Services Agency, major sources of revenue and their contributions to the FY 2017 year-to-date revenue change include:

Many news articles quote high-spending legislators placing the blame on too many tax credits. It is wrong to assume the state gave away too many of Iowans’ dollars when the state actually took more from Iowa taxpayers than ever before!  There are two parts to the budget creation process: dollars received, and dollars spent. Regardless of the structure of the current tax system, revenues still increased!  And as we have witnessed over the past year, it is difficult to accurately estimate the total amount of dollars that the citizens and businesses of Iowa will ultimately owe and pay to the state. The spending of those dollars, however, is another story.  While the 2017 legislative session produced a state budget that appears to be more fiscally responsible for FY2018, the ramifications from FY2017’s over-spending continue to linger.

There are many reasons Iowa’s income tax system should be reformed, including a need for simplification and predictability.  Generating more revenue is not one of those reasons, though.  In fact, those tax credits that are bemoaned by some are needed because Iowa’s tax system is too complex and its rates are too high. If we remove the credits received by some, we need reform to reduce rates for all.