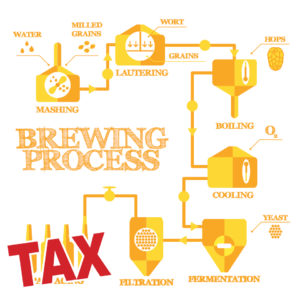 According to the Beer Institute, “Taxes are the single most expensive ingredient in beer, costing more than the labor and raw materials combined.” Research has shown that approximately 40 percent of the retail price of beer is dedicated toward covering all the applicable taxes.

Did you even realize you were paying a beer tax? The Tax Foundation released a report comparing the beer tax in each state. With summer quickly approaching, we can expect to see a seasonal uptick in beer sales, thanks to much-anticipated barbecues, baseball games, and the like. But when we fork over cash to buy yet another six-pack, how much is being used to cover the expense of brewing the beer itself? Less than one might think.