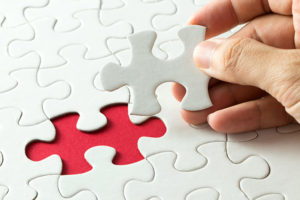 Important Principles to Remember
When the Pieces Fall Into Place

Iowans for Tax Relief continues to be supportive of the broad conversation about tax reform that is occurring through dueling legislation between the House and the Senate. Bills introduced by both chambers, as well as the Governor, all reduce our rates and simplify our tax code to varying degrees. As our members know, our top individual income tax rate of 8.98% is one of the highest in the country and our top corporate tax rate of 12% is THE highest in the country. We cannot remain such an outlier in comparison to our neighboring states and the rest of the country.

Comprehensive tax reform should include many important principles, but today we write about the same three principles we have been encouraging legislators to include in the final tax reform bill.

The first and most important thing that tax reform should do is to reduce rates as much as possible. Whatever legislation is passed in Iowa needs to be tax relief, not just tax reform. If federal deductibility, which is Iowans’ ability to deduct their federal tax payments from their Iowa tax calculations, is eliminated then Iowa’s top rate needs to be reduced to somewhere between 5.5% and 6.0% to prevent some taxpayers from seeing a tax increase.

2. Include both Individual and Corporate

Tax reform also should be comprehensive, meaning our legislators must address both the individual and corporate tax codes. In addition to the high rate of 12%, our corporate code has a patchwork of credits of all shapes and sizes. Many of those credits are likely valuable but others could be better served by being reduced or eliminated in exchange for lower rates for all. At the very least Iowans deserve an in-depth review and accounting of their effectiveness.

3. Couple and Conform to Federal Code

And finally, whether it is considered coupling or conformity, Iowa’s income tax code should mirror the federal tax code as much as possible. Aside from removing the complexity of separate calculations for many items, conformity also provides greater predictability for planning purposes and reduces the risk of unintended consequences when one tax code encourages something that the other does not. Some of these items would be the Qualified Business Income Deduction, Section 179 expensing limit, and child care expenses.

To date, there has not been much public agreement between the House and Senate on the direction of tax reform. While the Senate passed one tax reform bill in February, the House has so far been continuing to work on their own plan which was released at the end of last week. Because of the lack of progress the Senate bill has made in the House, the Senate released the framework of a second tax reform plan at the end of last week, too. Ultimately both bodies could hammer out a compromise before passing a bill on the floor of their respective chambers, or they could both pass quite different bills and work on a compromise in a conference committee.

Regardless, we believe that the above three principles are a necessity in the final tax bill.

Iowans spoke loudly in November 2016 when they sent so many pro-taxpayer legislators to the Capitol. They expect tax relief to become a reality, not just a campaign promise.