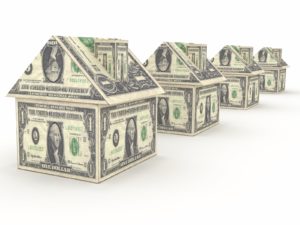 Are Houses Made of Money?

What is the best way to find the value of something you own? Property owners across Iowa recently received their new assessed values and many were surprised at the increase and angered by the effect on their taxes.

In Iowa, the value of a residential, commercial, industrial, or agricultural property is estimated by the county Assessor every two years. This “assessed value” is used to calculate the amount of property tax an owner must pay. Assessors do not determine the tax rate, just the value of a property.

After the value of a property has been set, the property tax rates are determined in a multi-step process that includes budget submissions by each taxing authority such as K-12 schools, cities, counties, and hospitals. Once the budgets are submitted, the county Auditor sets tax rate by dividing the total amount of the budget by the taxable value of all the property in the taxing district. That rate is expressed as dollars per thousand of valuation.

At times, some of these taxing authorities seem to think your house is made of money!

Legislators have quickly proposed changes to level what they see as an uneven playing field between recipients of tax dollars and property owners. In the House, HSB 197 would try to return some power to the taxpayer by:

This bill will help ensure values are not inflated to meet budget targets of the recipients of these tax dollars.

Iowa Senate President Jack Whitver noted property taxes are the number one issue he hears about from constituents. He said, “I understand the anger of the Ankeny citizens when they see their elected officials tout property tax decreases, only to see their overall tax bill increase. The reason this happens is because the city and school rates are lowered, but the Assessor increases assessments to more than offset the levy decrease.”

In February, the city of Ankeny where Whitver lives announced it would lower its property tax rate for the fourth year in a row. However, even with the continued rate reductions, property tax bills have increased because of higher assessments. Whitver added, “I am committed to continue to work towards a solution, whether it is capping the amount of increase at inflation, making the assessor an elected official so they are accountable to the people, or requiring a retention vote for county Assessors.”

Property assessments need to be as accurate as possible and it is good to strengthen the rights of taxpayers, but reform is needed. Iowans for Tax Relief has long supported a realistic limit on the percentage increase in the total dollar amount of property taxes on any property in any year. We support the current law that limits the annual percentage increase in the assessed value of all classes of property. However, a limit on the total dollar amount of property taxes would give taxpayers more protection. One possible alternative would be a law requiring automatic reductions in tax levy rates to offset increases in assessed values so the net dollar increase would be limited.