Cities and counties in Iowa often use Tax Increment Financing (TIF) as an economic development tool that reallocates property tax revenue for urban renewal. The original intent of TIF was to develop blighted areas or spur job creation.  In many instances, TIF has been a valuable tool that encourages and enables growth, but criteria for TIF has been interpreted broadly over the years and therefore subject to abuse at times.

Once a TIF zone has been created, property values within the designated TIF area are frozen, creating a base valuation that continues to provide revenue to all applicable taxing authorities (cities, counties, schools, etc.).  However, the additional property tax revenues from the TIF zone provide revenue only to the city or county that created the TIF.  In Iowa when it is the local schools that do not receive those tax dollars from increased valuations, our state government backfills that amount by sending additional dollars to the school district. Taxpayers in that school district end up having to pay double, once on their property tax and a second time when their state income taxes are used to fund the additional payments to schools.

Current TIF guidelines create concerns for taxpayers and questions need to be asked on a case by case basis.  Are the TIF districts already attracting private investment?  Would the redevelopment happen even without the TIF designation?  Is economic development simply shifting from one area within a region to another?  Ultimately TIF should not favor one taxpayer over another.

This week HF 2063 was introduced by Rep. Gary Mohr.  This bill’s goal is to ensure that TIF activities adhere to the true intent of the program by placing some common-sense guide rails around the program. Among other actions, this bill would :

ITR is still researching all of the details of this brand new bill but this is a good example of legislation that intends to put the taxpayer first!

A resolution calling for a convention of the states was approved by an Iowa Senate State Government subcommittee on Wednesday. The Iowa House approved the measure last year and if passed by the full Senate before the end of this legislative session, Iowa will become the 13th state to make the call. Article V of the United States Constitution requires 34 states pass resolutions for a convention to occur.

Senator Jason Schultz said, “The reason for this is because our federal government is out of control. They are not going to reduce their own power or reach and it is up to the states, according to the convention, to pull the federal government back into the reins of the Constitution.”

PragerU created a short video explaining a convention of the states. Click on the image below to watch. 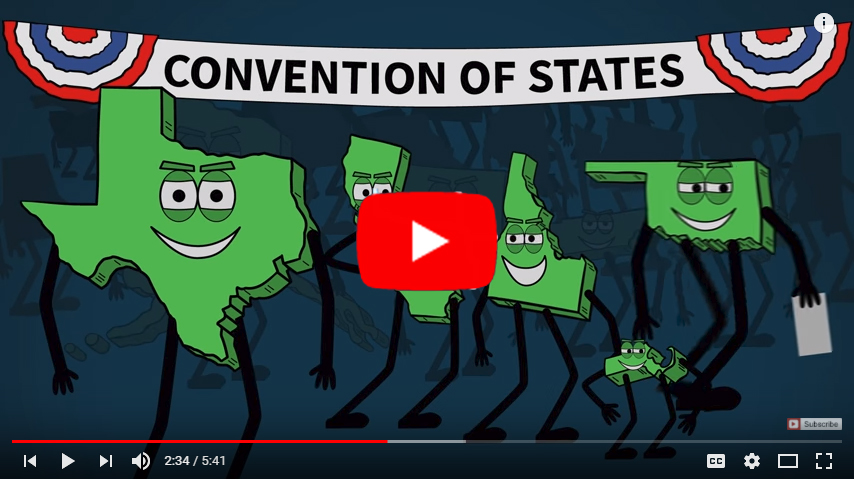 ITR has long-supported a balanced budget amendment to the U.S. Constitution. Iowans for Tax Relief founder and longtime chairman, the late David Stanley, wrote in this study, “America is in a desperate race between national bankruptcy and the rising tide of citizens’ demand for the Balanced Budget Amendment.”