Roughly half of Iowa's budget consists of money from Uncle Sam. Federal funds could suddenly be reduced or eliminated and many time these funds  come with strings attached requiring additional state funding.

Tell legislators that Iowa must protect itself from Washington’s mismanagement. 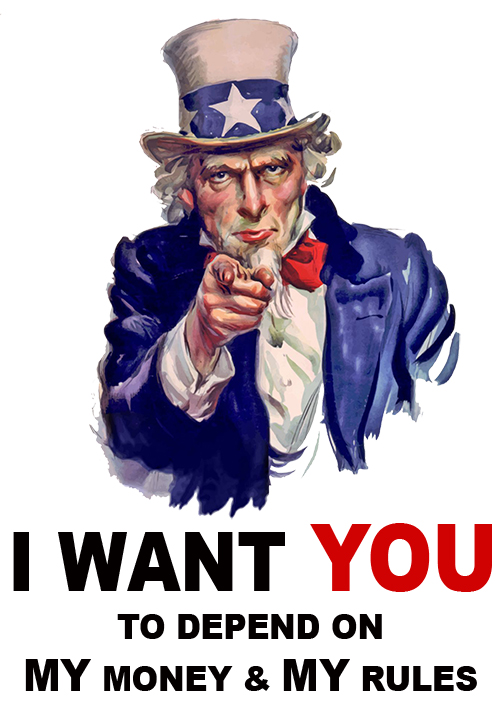 Iowa Must Protect Itself From Washington’s Mismanagement

The point of a federal funds inventory is not to debate the merit of these federal initiatives, but rather to bring attention to a problem: Federal funding often disappears, and state and local taxpayers are left with the bill.

Roughly half of Iowa’s budget consists of money from the federal government.

While it may seem like a great idea to recapture tax dollars from the federal government, this money often comes with strings attached that can drive up costs for state government. Federal programs can also be eliminated, and when Iowans are used to programs created through federal grants, the state is hesitant to cut them. If that were to occur, legislators would end up funding the programs entirely with state dollars.

Further, there is a lack of transparency regarding maintenance of effort requirements for federal grants.

The way the information is presented in many budget subcommittees frequently indicates there is a maintenance of effort agreement for a program but does not detail what that agreement is. Legislators are led to believe state funding cannot be reduced. That may not be the case.

Clarity is also needed regarding potential end dates for federal funds, so legislators aren’t surprised when federal money is eliminated.

These improvements would help ensure legislators have the best tools to use tax dollars as efficiently and effectively as possible.