Some welfare recipients are trapped in a poverty cycle from increased income pushing off the cliff of reduced benefits. 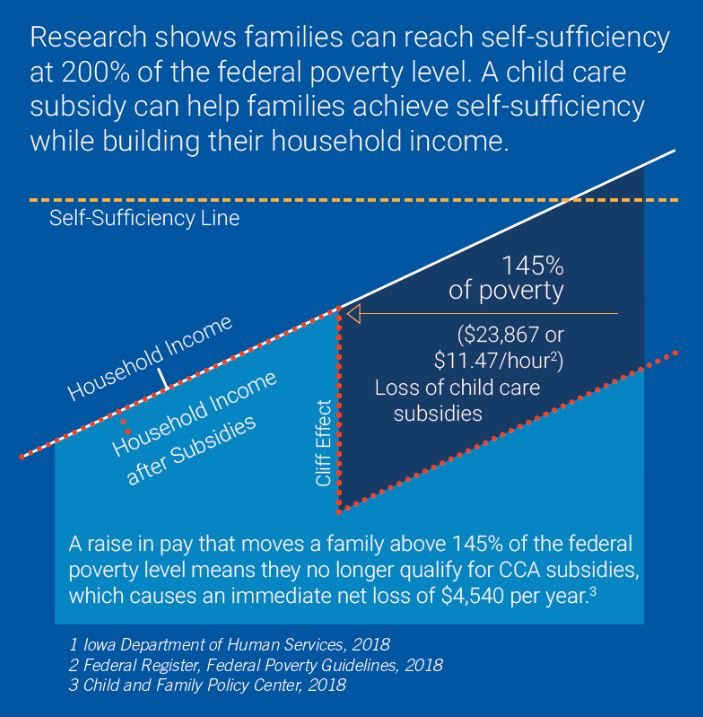 Create a stair-step reduction of benefits instead of a cliff. 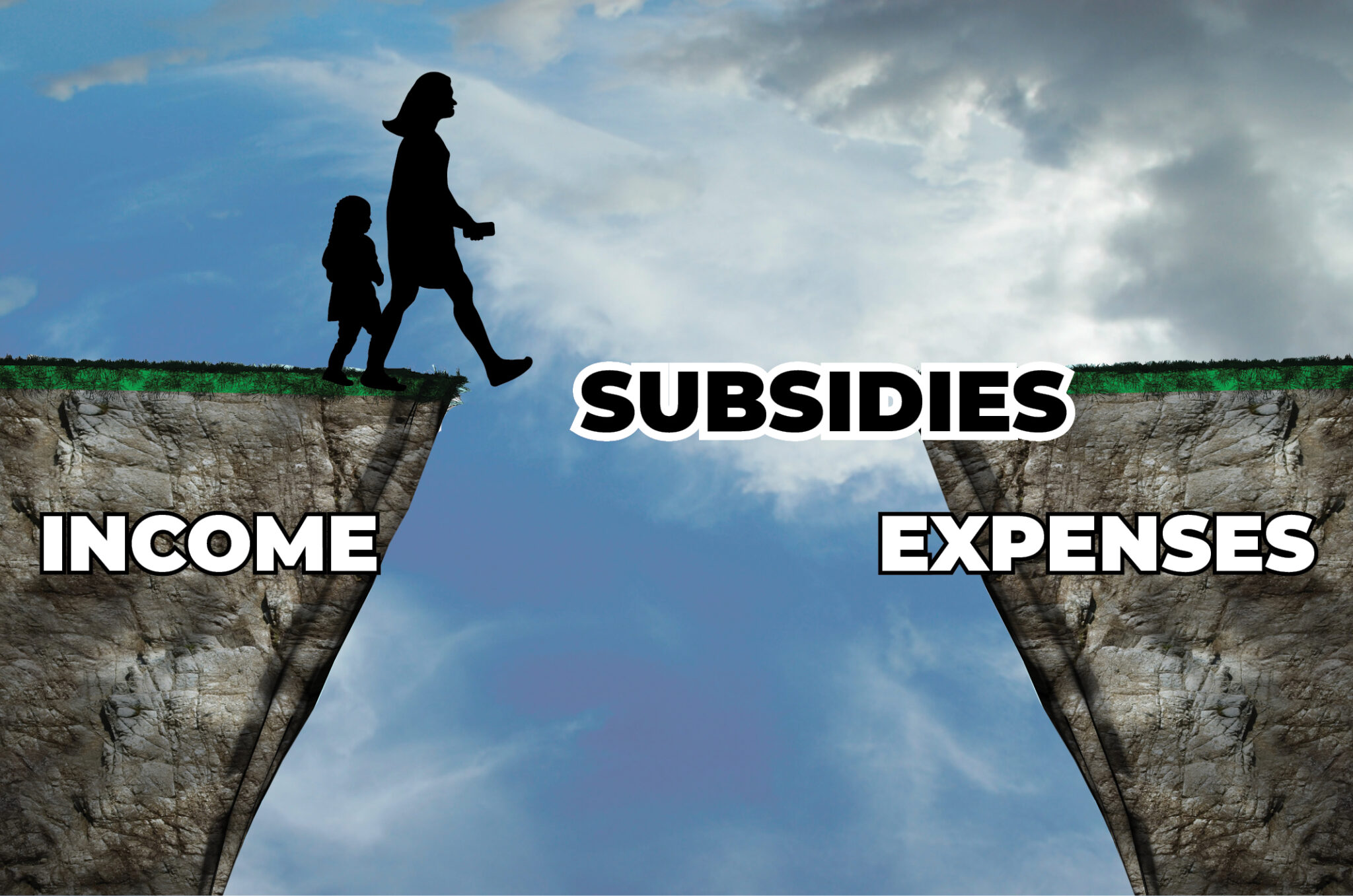 Childcare subsidies exist to bridge the gap between income and expenses for working families. Workers relying on childcare assistance reach a “cliff” where a slight increase in income disqualifies them for services worth substantially more than their pay raise.

Creating a stair-step system to help people work their way out of poverty would help address the shortfalls in current public assistance programs. People should ultimately be financially better off by working and earning more money. Putting workers in a position where a raise could mean losing the ability to afford a rent payment is not a situation anyone should have to face. Creating a path for people to work their way out of poverty should ultimately reduce public assistance costs as more individuals become financially independent and no longer need government assistance.

Require child care subsidy co-payments to be calculated based on a percentage of the adjusted gross income (AGI) of a family, taking into account federal poverty levels (FPL).

Co-payments for child care start at a minimum of $5 per week and don’t exceed: