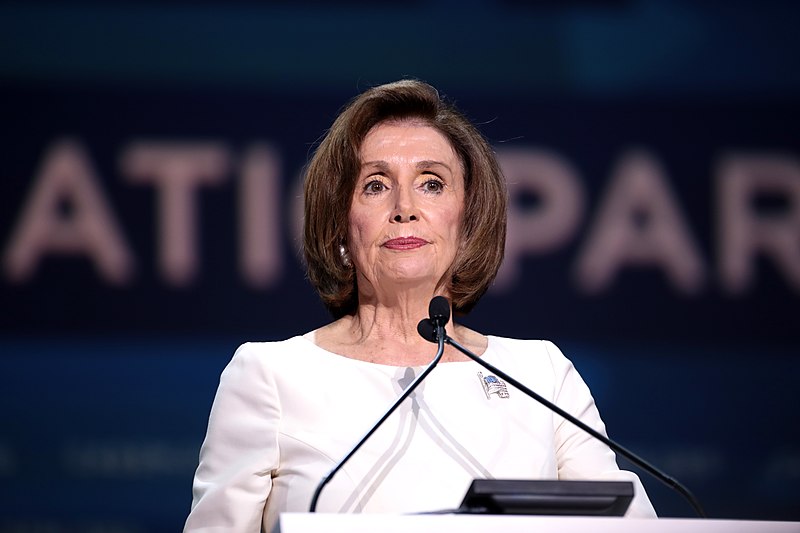 Economic problems created by COVID-19 should not be used as an excuse to send absurd amounts of money to states. Congress should give state and local governments more flexibility to use the dollars that have already been appropriated before adding trillions more to our national debt.

House Democrats in Washington, D.C., are pushing a 1,815-page "Phase 4" stimulus package. As usual, some details are lacking, but we do know they would like to allocate as much as $1 trillion in new aid for state and local governments across the country.

How much do they want to send to Iowa?

Using guidelines outlined in the legislation, one estimate calculates Iowa would receive $5.6 billion from this proposed 4th stimulus package. In addition to a flat amount that every state would receive, Speaker Pelosi’s plan would allocate dollars to the states based on population, COVID prevalence, and unemployment, among other factors.

While basing potential aid on those factors isn’t necessarily wrong, sending Iowa nearly $6 billion may be unnecessary; before the pandemic hit, 2021’s budget was likely going to be around $8 billion.

Does Iowa need these federal dollars?

It's too early to know the economic impact the virus will have on our state at this time. Iowa currently has approximately $1 billion in rainy day funds – enough to fund state government for 37 days.

A TEF Iowa report shows after pausing the state's economy for just three weeks, future state and local tax collections have been reduced over $112 million. TEF Iowa will release new estimates before the end of the month.

Iowa House and Senate leadership have wisely joined the Governor in asking Iowa's Revenue Estimating Conference to meet before the legislative session reconvenes. Their revised state revenue estimate will be needed to create the Fiscal Year 2021 budget.

That does not mean there will not be a Phase 4 stimulus package. Zona added, "Sen. Grassley will work with his colleagues on Phase 4 legislation if it becomes necessary. It's too early to say what that legislation might encompass. It would need to address any ongoing problems in an effective manner."

President Trump said there was "no rush" to negotiate Phase 4 and tweeted, "Why should the people and taxpayers of America be bailing out poorly run states (like Illinois, as example) and cities, in all cases Democrat-run and managed when most of the other states are not looking for bailout help?”

Many state and local governments are facing massive budget shortfalls as a result of lost revenue. However, the economic problems created by COVID-19 should not be used as an excuse to send absurd amounts of money to states.

Federal dollars are never free. Aside from coming with strings attached that often require more state spending, these federal dollars are simply your tax dollars being recycled. And since our federal deficit continues to grow, these are all dollars that are going to have to be paid to Uncle Sam in the future by all of us, including our children and grandchildren.

As we wrote last week, Congress should give state and local governments more flexibility to use the dollars that have already been appropriated before adding trillions more to our national debt.