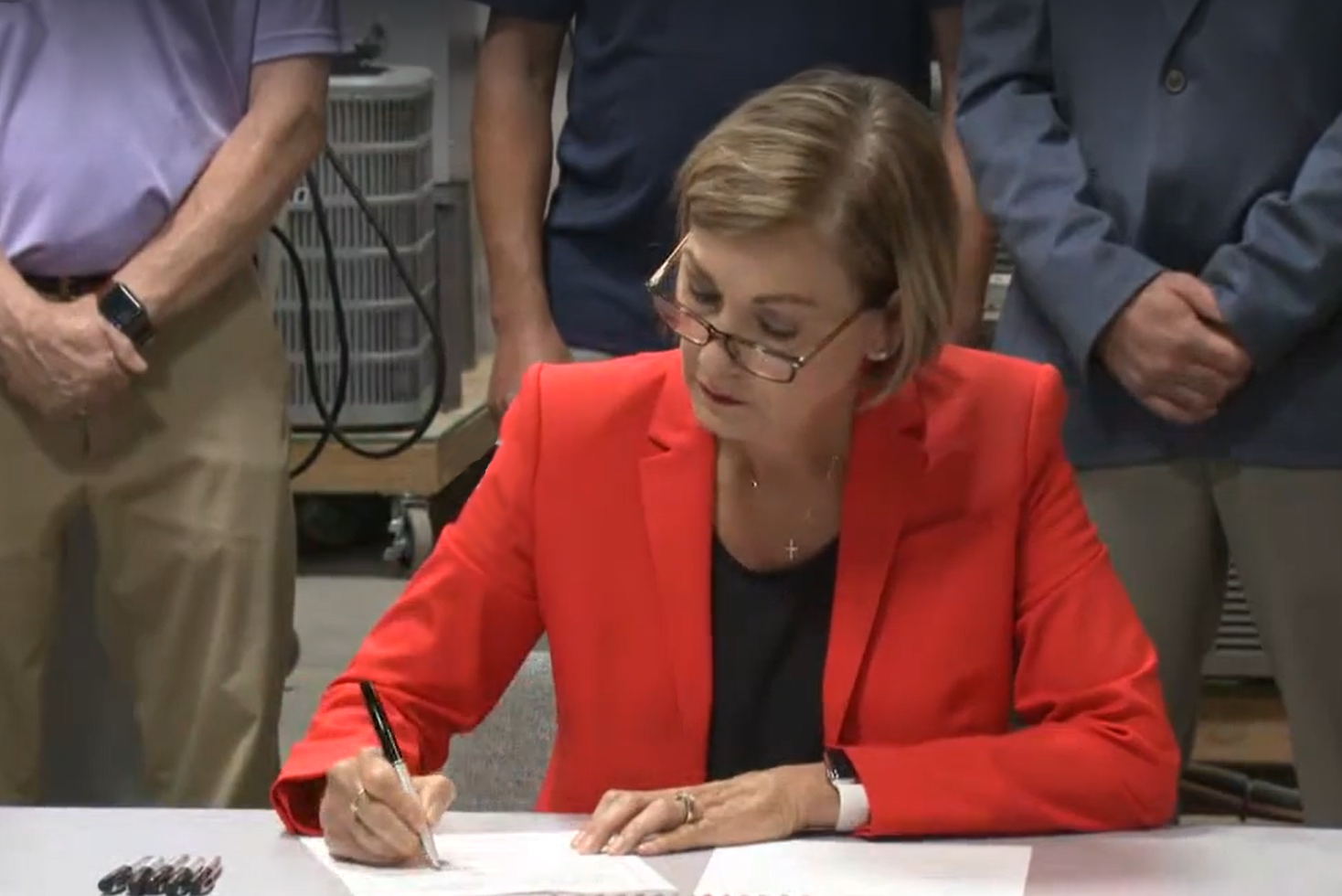 A handful of other states have enacted some form of universal recognition, criminal justice reforms, or fee waivers. Iowa is the first state, however, to combine all of those elements in a single licensing reform bill, and the first state to recognize experience in place of licensure.

Among the flurry of lawmaking during the last week of this year’s incredibly unique legislative session, was a bill that removes barriers to entering the workforce and makes Iowa more attractive to workers and businesses.

But merely listing the changes to Iowa’s laws doesn’t accurately paint the picture of what these reforms will do. While promoting the idea that “opportunity lives here” during her Condition of the State address this January, Governor Kim Reynolds noted that a quarter of Iowa’s workforce requires some kind of professional license, the second-highest in the nation.  The Governor recognized that, “Our licensing requirements are also the worst for low-income people, meaning that those who need opportunity the most have the hardest time getting a license.”

Who is someone in need of that opportunity?

Senator Waylon Brown, floor manager of the legislation in the Iowa Senate, shared the story of a young, widowed mother of two seeking a fresh start following the loss of her husband.

After moving back home to Iowa to be closer to her extended family, she couldn’t continue in her career because Iowa has more stringent requirements than her former state of residence and wouldn’t recognize her license. At the moment, this young woman is working multiple jobs so she can make enough money to pay for the additional hours of education Iowa requires.

This legislation does not ignore public safety.

Skilled and experienced workers moving to Iowa are still required to be in good standing within their current state and they also must have a record free of suspensions or other disciplinary action. This legislation simply recognizes that workers don’t lose their abilities when they cross state lines.

A handful of other states have enacted some form of universal recognition, criminal justice reforms, or fee waivers. Iowa is the first state, however, to combine all of those elements in a single licensing reform bill, and the first state to recognize experience in place of licensure.

The leadership Governor Reynolds displayed in advocating for these reforms, as well as a Legislature that voted in a bi-partisan manner to put working Iowans ahead of special interests, delivered game-changing reforms for Iowa and workers looking to re-locate here.

Excessive occupational licensing laws have served as a hidden red tape tax that hurt Iowa’s working class by making it more difficult and more expensive to earn a living and fill high-demand jobs. As we all work our way through the economic impact of COVID-19, this was an excellent time for Iowa lawmakers to ensure opportunity lives here for everyone.

“Destructive and stupid old laws are most likely to be repealed when surrounded by examples of better (or no) laws. Good laws drive out bad laws.” - Grover Norquist

"Onerous occupational licensure laws keep Americans from their right to earn a living... Once implemented, HF 2627 will allow new Iowans to use the training and skills they already have without additional red tape."

“Iowa’s recently passed occupational reform legislation sets the bar higher for those of us in the Midwest, combining universal recognition, criminal justice elements, and fee waivers for new licensees. Universal recognition is one of the best ways for rural states to make it easier for those who are already well-trained to move to our states—and easier for our kids and grandkids who have been trained and working elsewhere to make the decision to return home. The difficulty in transferring their skills into licensure in a different state undoubtedly prevents many from making the decision to move; this will help make Iowa a more attractive place to move to—or BACK to.”

Iowa Is Working to Help Its Residents Get to Work
- Goldwater Institute, Arizona

"[Wisconsin] state lawmakers should follow Iowa’s lead and remove licensing obstacles that impede workers’ ability to provide for themselves and their families."

"Small, simple legislative changes like these will improve the lives of workers and residents."

"All in all, the Iowa bill is comprehensive in scope... Now it’s time for us to renew our commitment to that process, look at what our neighbors are doing, and take further action to ensure that we remain competitive in the labor market well into the future."