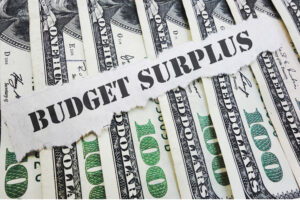 “Iowa’s fiscal health is strong, and it’s a reflection of a vibrant economy as well as our ability to live within our means,” said Gov. Reynolds.

Senate Majority Leader Jack Whitver added, "The state of Iowa has over $1 billion in reserves. Despite all the predictions of doom, the tax reform package passed in 2018 helped create a positive economic environment in Iowa."

This is good news. It’s also a great opportunity to send some of that money back to taxpayers’ pockets with lower tax rates.

Last year's state income tax reform lowered Iowa's top personal rate from 8.89 percent to 8.53 percent. This top-rate will fall to 6.5 percent in 2023 if the state's FY 2022 revenue increases to at least $8.315 billion and that revenue is at least 4 percent more than the previous fiscal year's.

This year's growth is a good step toward the 2023 tax cut, but we have three years to go. If the revenue and growth targets are not met, tax rates will not be reduced until the targets are reached.

Should Iowa increase spending or speed up tax cuts?

The surplus will be looked at from two different viewpoints:

What do you think should be done?

We say CUT THE RATES by enacting the planned reductions sooner.

Share your thoughts by sending a message to the Governor and your legislators by clicking the button below.

Email the Governor and Your Legislators
Facebook0Tweet0