Governor Kim Reynolds recently proposed a comprehensive tax plan to reduce income and property taxes while increasing the state's sales tax. She estimates raising the sales tax by one cent would increase Iowa's revenue by $540 million. Her plan would use those dollars to:

Republican leaders in the legislature liked the Governor's overall message but were cautious about the details.

Would This Type of Plan Work?

Walt Rogers, TEF Iowa's Deputy Director, has been discussing the topic of income tax reform across the state recently. "When individuals and businesses have more money, they invest those dollars into the economy through spending, and the economy grows."

He encourages policymakers to look at all possible scenarios to find the best solution. Rogers said income tax reform plans could also implement spending controls, consider tax credit reforms, or even remove exemptions from services not currently subject to sales tax. "In Iowa, lawyer fees, engineering fees, lobbying services at the Capitol, and private charter flights are some of the services not currently taxed. If they were, it would broaden our sales tax base and increase revenue."

ITR President Chris Ingstad said, "Taxpayers keeping more of their hard-earned dollars is a good thing and should be the goal of our elected officials. We appreciate the Governor mapping out a plan that lowers income tax rates to 5.5 percent while also removing one of the conditions to enact scheduled rate reductions."

ITR looks forward to the House and Senate weighing in with their ideas for tax reform. Research consistently shows reducing personal and corporate income taxes:

Iowa needs a better tax climate to make the state more competitive and attractive to new residents and businesses. 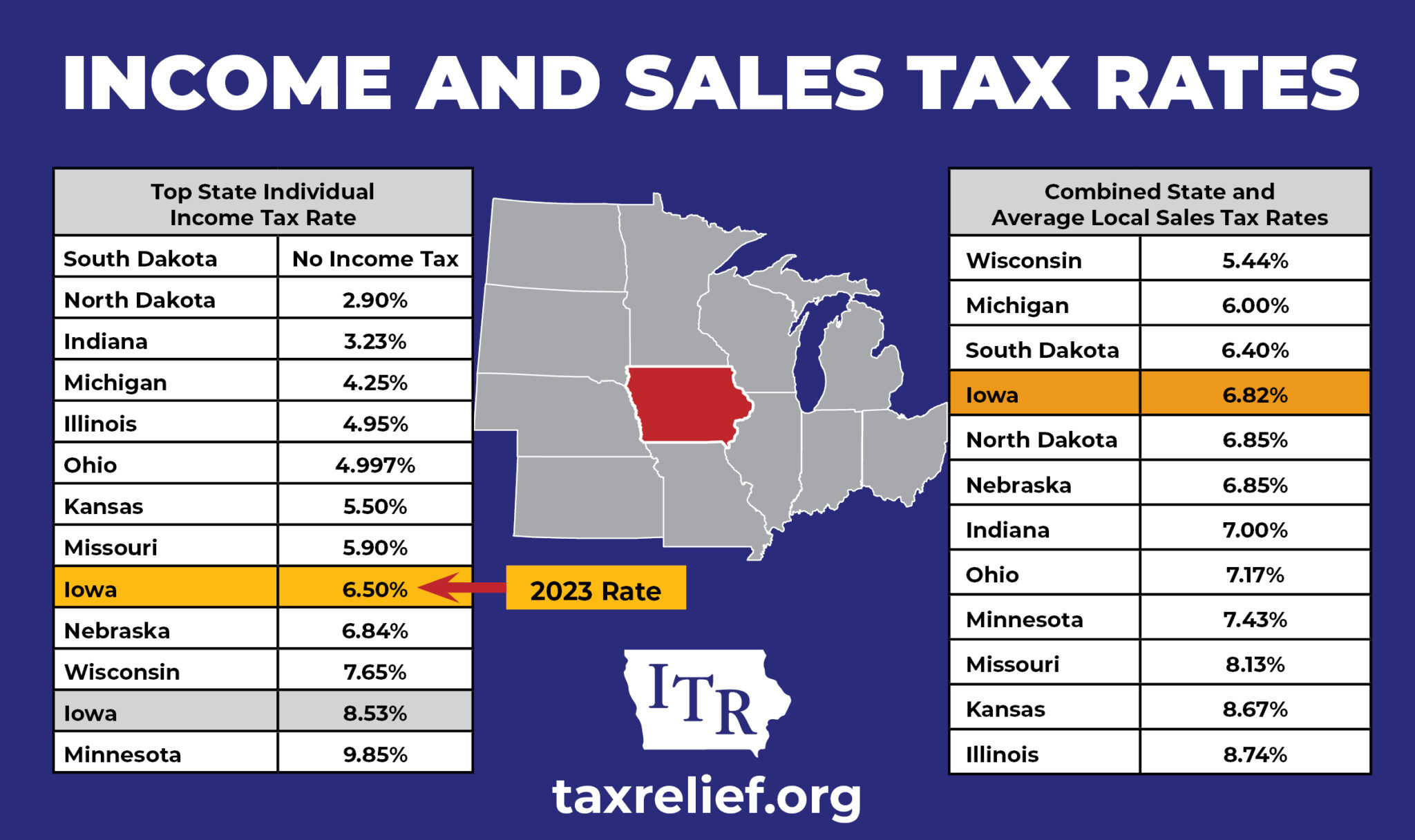 Imagination, and Gov’t, Are the Only Limitations