Thumbs up to Senator Julian Garrett for saying on the Senate floor, “Every year revenue has gone up. Every year, spending has gone up more. That’s the problem.” 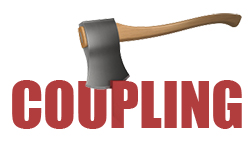 The long-standing taxpayer protection of coupling has fallen victim to past overspending by Iowa’s legislature. Iowa’s income tax code will no longer match or “couple” with many federal deductions when filing state income taxes for the 2016 tax year.

Iowa overspent because last year’s legislature budgeted right up to the maximum of estimated revenue. Tax receipts will grow by over $300 million this year, but that amount is less than initially expected. This week the House, Senate, and Governor tentatively agreed on removing $117.8 million from the remaining Fiscal Year 2017 (ending June 30, 2017) budget. Removing many previously reliable income tax deductions for Iowans was unfortunately a major piece of the budget solution.

Coupling is not just a tax protection; by not coupling Iowa has just made tax filing more complicated, too.  Joe Kristan, a CPA at Roth & Company, PC, Des Moines, Iowa, said in a recent post online, “We didn’t expect Sec. 179 coupling, but wholesale non-coupling is a new and unwelcome twist. So this tax season will be awful in Iowa”.

Kristan said the affected items will include:

Some legislators have indicated they would like to make coupling permanent in next year’s legislative session beginning with the 2017 tax year.  If not, this is SIMPLY A TAX INCREASE! We need your help to keep legislators accountable and not let this tax increase continue in the future.

Change Starts With YOU! 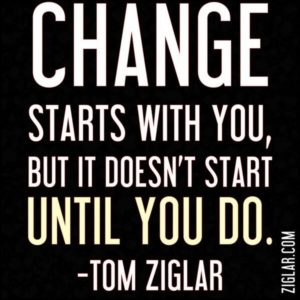 Motivational speaker Tom Ziglar said, “Change starts with you, but it doesn’t start until you do.”

Pro-taxpayer voters stood up and spoke in November. The message of wanting change, reform, and reduced spending won at the ballot box. We started, but are nowhere near the finish line.

As we have seen with recent gatherings and marches, supporters of more spending and higher taxes show up demanding more resources be devoted to their pet projects. In turn, advocates for reduced spending and lower taxes need to constantly reinforce the smaller, smarter government message by attending local forums to support pro-taxpayer legislators. Remind them to follow through with changes you so clearly desired when you cast your votes in November.

Attend and Get Active!

Speak up and let these pro-taxpayer legislators know you want to help them protect Iowa’s budget.
These are not ITR sponsored forums.

This week’s links of interest about tax issues in Iowa.

Tax receipts are up 4%. IT’S A SPENDING PROBLEM!
Sioux City Journal – Why can’t Iowa pay all its bills? Tax cuts among reasons http://bit.ly/2jsPW1a

“It is time for us to set priorities. We can’t afford to fund everything.” Sen. Tim Kraayenbrink
Des Moines Register – http://dmreg.co/2kdGXSn