Collective Bargaining Reform… The Week After

Two people can look at a problem and have completely different answers. Why? Perspective.

Iowa’s public sector workers are uncertain how the collective bargaining reform bill signed by Governor Branstad last Friday will change their lives. Many are worried jobs will be eliminated or how household budgets will be impacted. We have heard heart-wrenching stories from DHS workers, frightening events at our correctional facilities, and teachers going the extra mile to care for our kids. However, at the same time, many say they haven’t had raises, work more hours than they should, or have co-workers who take advantage of the system. Systematic change was needed for all. Click here to read last week’s Watchdog on what the reform will and will not do.

Tensions are still high and emotions are raw at the Capitol. Anti-reform legislators are blaming “special interests” and “dark money” for the reform. In reality, pro-taxpayer candidates winning elections last fall led to the legislature enacting reform with the intention of making Iowa government smaller and smarter.

Legislators have faced large crowds at local forums and have been asked to defend their support of collective bargaining reform. They have given solid, fact based answers in face to face conversations, emails, newsletters, and submitted articles.

Rep. Ken Rizer’s article, I Voted For Collective Bargaining Reform to Save Iowa’s Public Schools, posted on Caffeinated Thoughts is a must read. Rizer explained,

Many opponents to the reform have incorrectly made the claim bargaining units can only discuss wages. Rep. Gary Carlson included a table of bargaining topics in his weekly email comparing the old and new classifications. Some topics that were mandatory are now prohibited, but many are considered permissive, and can still be discussed with management. Also, the language “Other matters mutually agreed upon” is still included. The new law will truly give city, county, school districts, and state government the flexibility to protect budgets and fairly compensate their hard working employees. 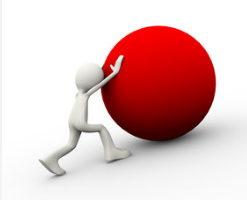 Now is the time to press on with the goal of creating reasonable limits on state taxes and spending to spur economic growth. This will not be easy. The big spenders in Des Moines are loud and powerful. Special interests do not want to see their funding or benefits reduced. Iowans for Tax Relief is one of the few organizations at the Capitol without their hand out asking for more taxpayer dollars.

Please invest in our work NOW to ensure future victories for Iowa taxpayers!

Click here to donate to Iowans to Tax Relief.

No Changes to IPERS This Year

Rep. Ken Rizer, responded on Facebook and Twitter, “Total baloney & fear-mongering! We will NOT do IPERS reform this session. Any such reform has to go through the State Government Committee, of which I’m Chairman. No IPERS reform this year, and you can take that to the bank.” 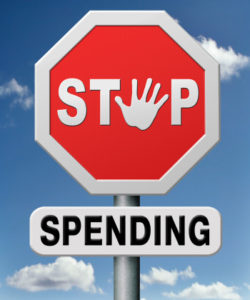 Iowa does not have a revenue problem, Iowa has a SPENDING PROBLEM.

As we learned the hard way a few weeks ago, spending right up to the limit is not wise and can lead to painful reductions if the revenue estimate is incorrect. State government’s goal should not be to spend all of the anticipated, but not yet received, revenue but rather leave a cushion. Prudent fiscal planning allows our elected officials to make the right fiscal choices for you and all Iowans if the revenue estimate changes.